Here you´ll find all films, events and everything that will take place during the 11 days of the 9th Berlin International Directors Lounge 2013. Use the timeline (above) to look at any specific date. We emphasize the dialogue with the artists and the audience, thus making it impossible to start screenings on time.

Screening times in here are the earliest, short delays may appear.
Free admission till 8pm | Space is limited, the early bird catches a seat.

The 9th Berlin International Directors Lounge, the festival for contemporary media and film.
7th to 17th of February, Naherholung Sternchen, behind the Kino International (map)
U Schillingstrasse | Berolinastr. 7, Berlin Mitte

no admission till 8 pm

| Accreditations only on location. Please ask at the counter. | 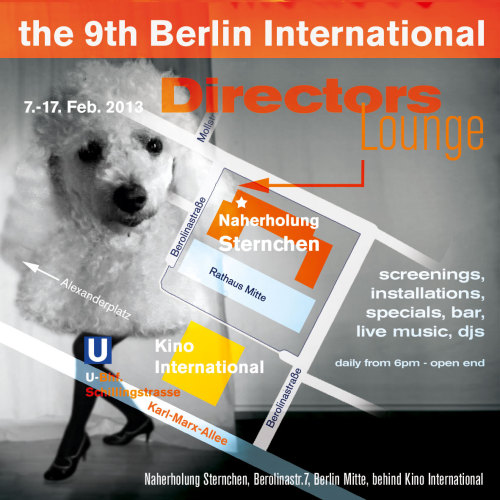 Find us at Naherholung Sternchen, convenient located behind the Kino International (on the left) only a minute away from the subway station Schillingstrasse (line 5)

find us on google maps 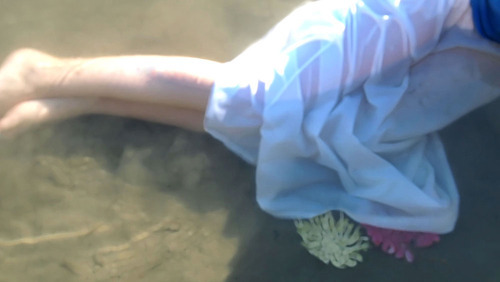 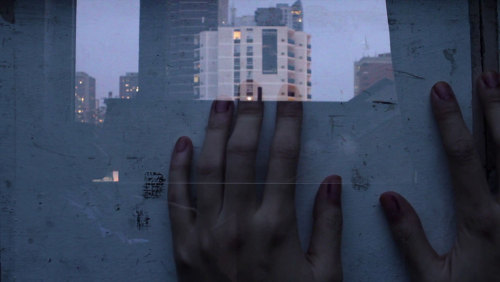 Installations | loops (ongoing | in exchange)
Several single-channel works will be screened in exchange in the basement. Daily from 6-9pm. 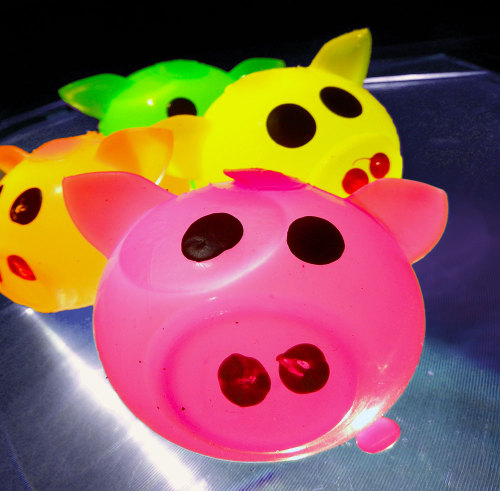 Let´s celebrate. Join us for the opening night of [DL9]

We won´t spoil the fun, just say tonight is the night to dive into the fun. 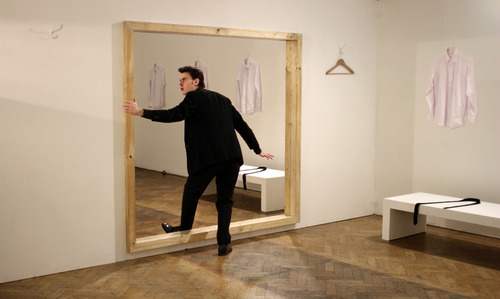 Emilio Rizzo IT Tales for a Sleepless Solitude The Beige Horse Story 04:09 2010 (GP) 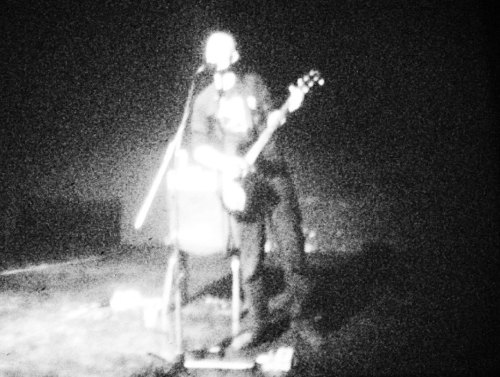 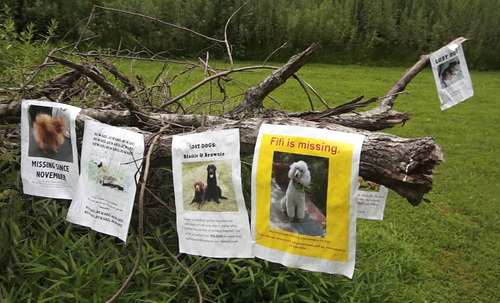 A Charming And Quaint Tale Of Brutal Revenge by Neil I. Needleman 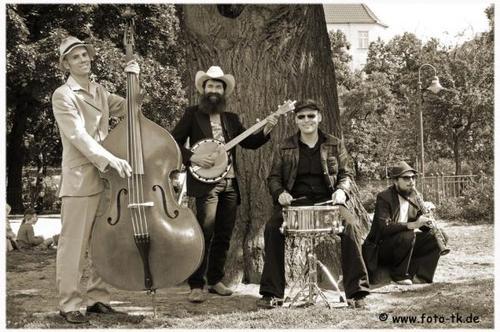 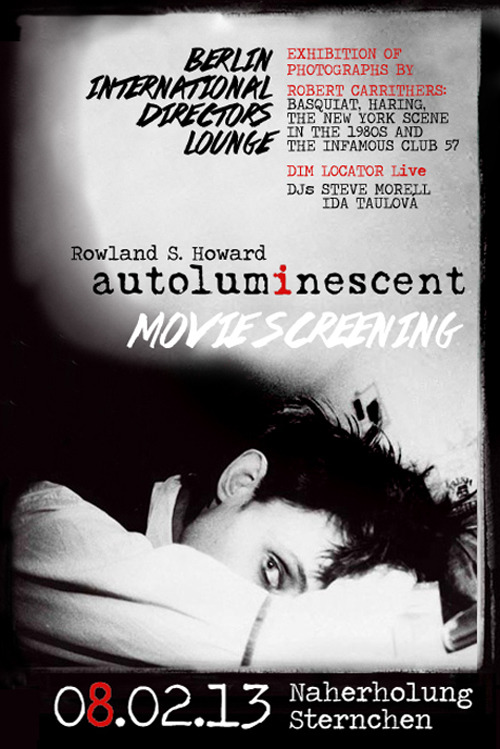 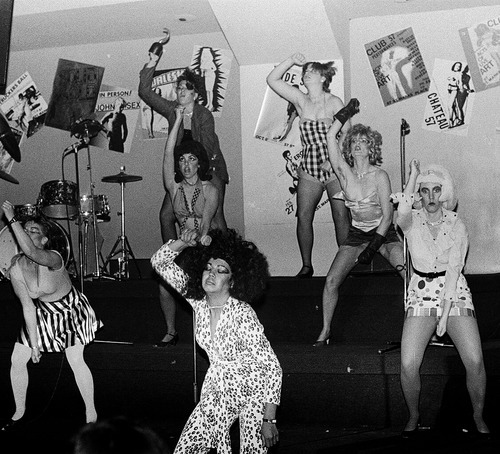 Photographs by Robert Carrithers: Basquiat, Haring, the New York scene in the 1980s and the infamous Club 57.

Opening attended by the artist:

Robert Carrithers will be available to take questions from the media from 5 p.m. onwards 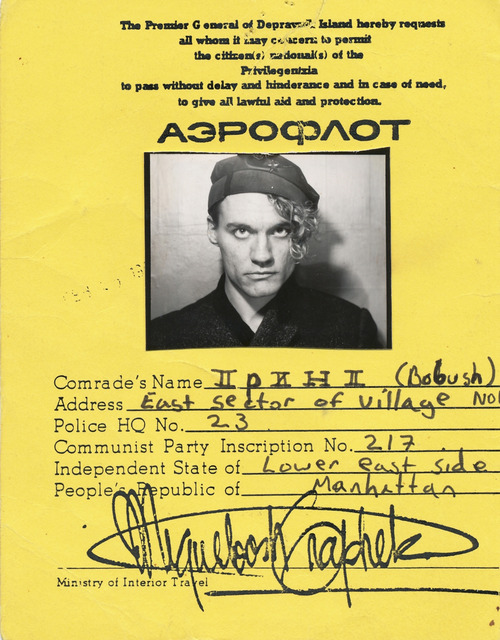 The exhibition will be from February 8th to the 17th daily from 18:00.

For your listening pleasure; Special guest: Fellow photographer and Prague DJ Ida Taušlová will play a mix of new music that has been strongly influenced by the ‘80s, linking the period of ‘80s to the present time of 2013.

After the opening: The Berlin premiere of the Richard Lowenstein film Autoluminescent: Rowland S. Howard. (Robert did the European interviews for the film)

The film is followed by the live performance of the band Dim Locator that consist of musicians that knew and played with Rowland S. Howard.

The night will continue with the music of talented Berlin DJ Steve Morell who appears in the film “Autoluminescent: Rowland S. Howard”. 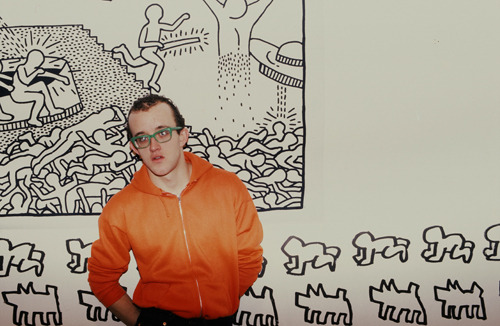 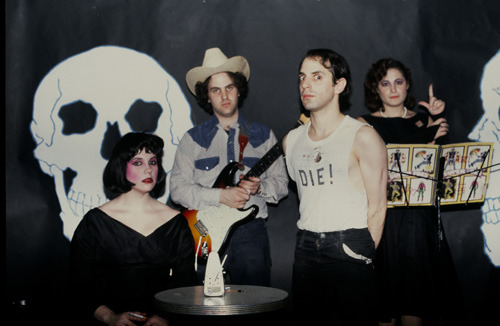 “One staircase led to heaven the other to hell” says Robert Carrithers of a building in New York’s St. Mark’s Place Street, number 57. The building whose basement housed, in the late 1970s and early 1980s, Club 57 – a creative laboratory for all non-conformists and free-thinkers from the East Village – actually belonged to the central offices of the Polish Catholic Church.

At that time New York was a city on the verge of bankruptcy and today’s luxurious East Village resembled a war zone. Refined citizens had long ago left the area as part of a progressive suburbanisation. The area with burnt up brick buildings – a last ditch attempt by desperate property owners to earn some money was more than often insurance fraud – was left in the hands of drug dealers, immigrants and also artists working in all disciplines. The police didn’t even bother to patrol there, which was good for anyone annoyed by having the authorities riding their back, artists and criminals alike. “It was often a matter of life and death. You had to have eyes in the back of your head and constantly watch what was happening in the street. It was so intense that sometimes you would find a corpse lying on the sidewalk,” recalls Carrithers, who moved to New York from Chicago. He wanted to study photography, film and acting there. The apartment that he could afford to rent was less than a 10-minute walk from Club 57.

The punk and disco scenes concentrated around the CBGB and Studio 54 clubs were losing their sense of novelty and originality, when out of nowhere a performer like Klaus Nomi appeared. This was a man, who sang opera in the costume of a Dutch Pierrot.

Club 57 was in fact founded by two friends, who loved vaudeville – Susan Hannaford and Tom Scully – and was run by director and performer, Ann Magnuson, who hosted its first performance.

“This place was fascinating in that, while artists had earlier met in bars or at concerts, they chatted and they drank, but in Club 57 they created something together. Here concerts mixed with exhibitions and performances,” stresses Carrithers, when speaking of the community that first made him feel at home.

Ann Magnuson thought up theme parties for every other night of the week. She found the decor and the furniture in the streets. Keith Haring had his first installation there and created his signature work, as did Kenny Scharf and Jean Michel Basquiat.

Club 57 exorcised America’s evil spirit. It went wild from “camp” aesthetic. With a Dadaistic fascination and vigour, it seized on the suburban supermarket culture; stores that had become museums of the contemporary lifestyle and its plastic kitsch. During one evening a country-western evening might take place on piles of hay, the next a burlesque event and an Elvis memorial, then a performance showing John Sex performing with his python snake Delilah or a concert by singer, Wendy Wild, and her group, The Mad Violets, which took the public on a joint trip, when hallucinogenic mushrooms were thrown into the crowd. The group, Pulsallama, was also born here. This was a group of twelve or thirteen girls, who sang in the style of Greek chorales, and when doing so banged on beer bottles, pans, cowbells and shot off kids‘ toy machine-guns. Pulsallama made it so far that in 1982 they were the opening act at several concerts by The Clash.

Even almost thirty years after its closing in 1983, Club 57 is still a legend that defined a period of pop culture and still inspires it. Many of the artists tied to the institution were unable to face up to their own wildness, drugs or the incontrollable rise of AIDs. They died. Others died only to become immortal (Haring, Basquiat). Others survived to become famous later (Ann Magnuson, Marc Shaiman, Scott Whitman).

Robert Carrithers was one of them. He spontaneously documented everything that happened in the club. The performances, the birth of success, the first exhibitions and the backstage area. In his moment shots and portraits, which will be shown for the first time in Berlin, barmen meet with writers, film-makers and future celebrities. Thus a unique testimony was created; one that is as unbridled image-wise as the Club 57 program.

Robert Carrithers is an American photographer and film-maker, who lives in Prague. Besides the Club 57 scene he documented the post-November cultural scene in the Czech Republic. He is preparing a documentary on the Prague-Berlin-Australian, post-punk band, Fatal Shore. Its members include Phil Shoenfelt, Bruno Adams (died in 2009) and Chris Hughes. Besides their common devotion to music, each member of the band also married a Czech woman.

He also took part in the making of the documentary Autoluminescent about the Australian musician Rowland S. Howard (dir. Richard Lowenstein), for which he shot all European interviews and concert footage. Rowland S. Howard (died 2009), an icon of alternative rock, was a member of bands like The Birthday Party, Crime and the City Solution or These Immortal Souls.

Robert Carrithers has begun a new photo project to show fairytales and special infamous tales in a new light. He will have a solo exhibit of these photos in April 2013 at the Prague galleryViniční Altán.

From there, Robert plans to take the photos to Berlin in June 2013 to include in a group show called “Your Daily Darkness” with German photographers Miron Zownir and Tina Winkhaus, Costa Rican painter Luis Cerdas Jaubert working with Cypress visual artist Raissa Angeli. All of the artists explore the theme of darkness each in their own unique way. This exhibition will be held at the Neurotitan Gallery situated in Mitte in the middle of Berlin.

Robert then plans to take the group exhibition ”Your Daily Darkness” full circle back to where he was originally inspired that one day long ago by Club 57.” The exhibit will happen at Salomon Arts Gallery in New York City in November 2013.