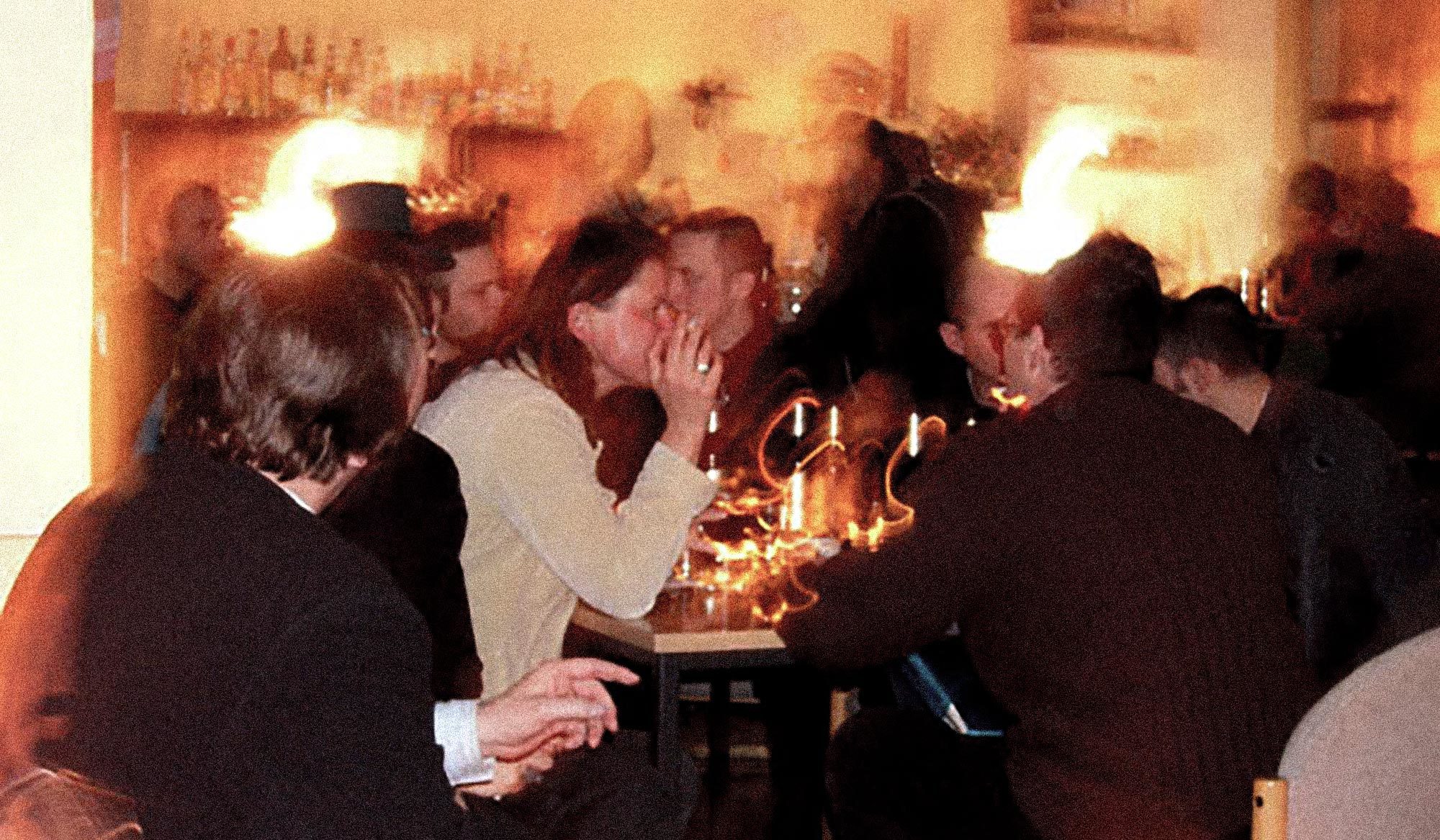 Directors Lounge started in 2005 as an experiment – a relaxed space for filmmakers, video artists and everybody interested in experimental forms of cinema and video art, during The Berlin International Film Festival. Directors Lounge filled a gap, literally, in the urban space by taking over abandoned places; in the broader sense, by offering a new way to encounter film in a much more convivial way than on the traditional festival circuit.

By emphasizing the dialogue between the makers and the audience, we triggered a whole new way to present me- dia art, and soon Directors Lounge became a hideaway, a meeting point and also a starting point for new creative collaborations.
The overwhelming response from both the public and the artists encouraged us to continue Directors Lounge not only as an annual event but as a continuous platform for film and media art.

• state of the art

Since our start in 2005, we have been invited by several institutions, art events and cinematic venues to mount special screenings and exhibitions. The growing interest in our activities backs up our concept of presenting moving images not in the black box of the cinema but in an environment that cultivates dialogue. Consequently, we are not bound to a specific location but rather focus on site-specific presentations.
As opposed to most film festivals, we do not restrict ourselves to specific themes. Instead, we try to visualize actual trends and movements. It is the art production itself that triggers the focal point of our work. We are neither a festival nor a media gallery. We use these formats as a matrix in our ongoing attempt to resuscitate a culture of the artistic circle in the 21 century.
A broad network of communication channels, from online magazine to social media, covers all our activities and guarantees ongoing dialogue with all participating artists.
Alongside our continuous activity to arrange screenings and curate exhibitions, we are now, with an archive of several thousand works and strong ties to many like-minded projects, also a valuable resource for curators of film festivals and art projects.

Directors Lounge has gained a great deal of momentum within a very short time. A structure of clusters of different, independent curated projects has allowed us to present a wide variety of short, experimental works from many dif- ferent genres. We will continue to invite artists, curators and critics to offer new ways that art can be set in context with our digital environment.
Moving images have become mobile images, ubiquitously present on any smart phone, tablet, face-to-face with their oversized counterparts, video billboards in public. A new approach to finding a way to deal with the visual overdose has become essential. We aim to extend the exchange with developers, scientists and production facilities to ac- company new media projects from the start.
We will conceive projects that act as an intervention into public space. Projects that question the handling of privacy, the attribution of identity, social and ethnic codes and their reflection in society right there where such a basic discussion should start: in public. Public space is not a fixed space; it is everywhere, constantly in change. Consequently, we will be also be in motion, using different spaces for different works and different questions.
In addition to screenings, exhibitions, happenings – and as the name suggests – Directors Lounge will always be a meeting point, a place to have a chat and to lounge around with other friendly lizards. Thereby making the name Directors Lounge more than just a fancy label.
We will continue to focus on events that endorse such a vivid dialogue.

We are proud to be an artist-driven project, encouraged by the positive response on all levels. Directors Lounge would never have been possible without the oustanding support of many friends who work voluntarily, free of com- pensation. The more we evolve, the more all involved reach their limits.
We hope to consolidate the unique position of Directors Lounge in the contemporary art and media world but we will depend on institutional and corporate patronage to do so.