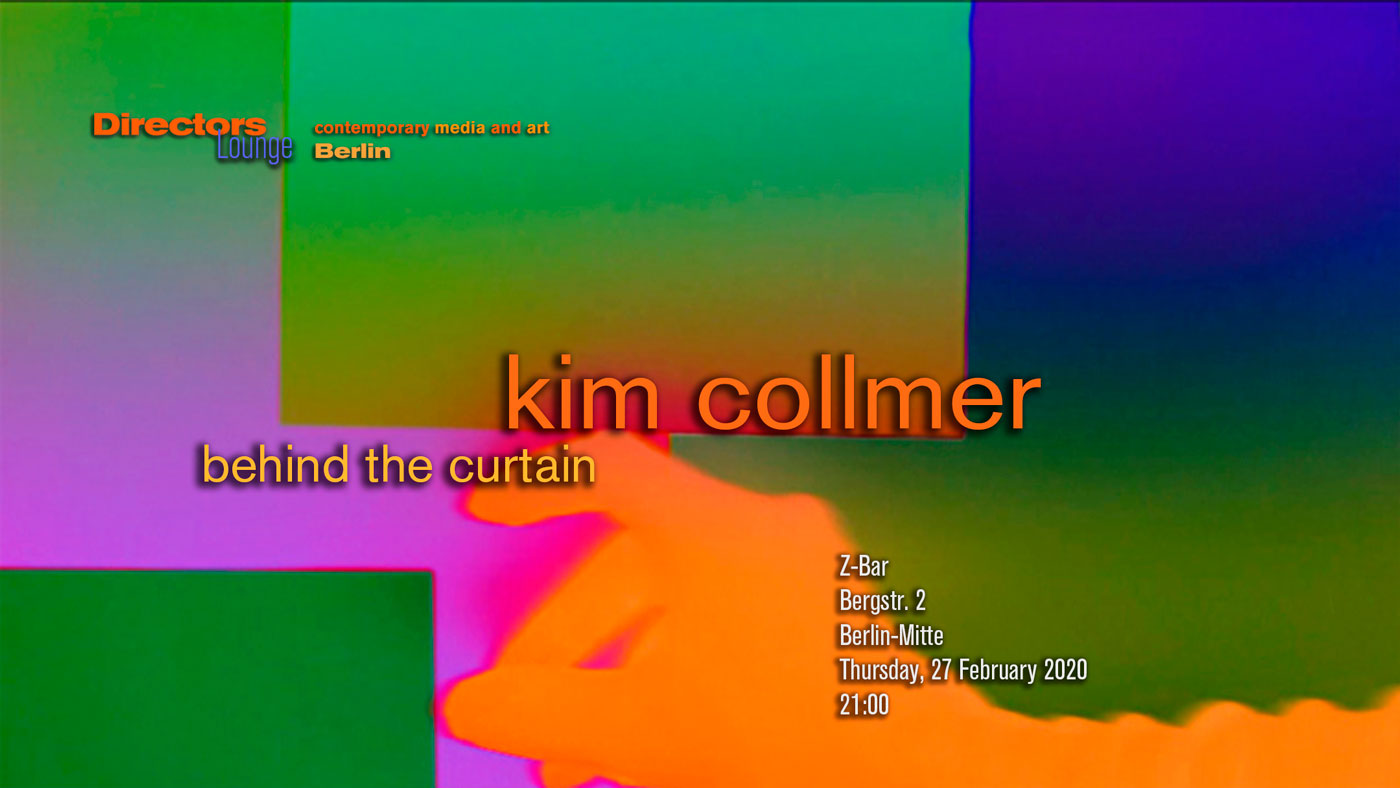 Kim Collmer Behind the Curtain

Animation and “real film” come together almost seamlessly in the work of Kim Collmer, connecting creative fantasy with space and place. The artist who lives in Köln was born in Seattle. She studied Art History and German in Washington and Sculpture and Animation in Chicago. She works with video, installation, and painting/collage. For her films, she uses an amazing variety of materials both in front of the camera as in her editing process. Stop motion, object animation, animated cartoon and found footage are to be named as techniques that Collmer has used, and which sometimes are used together. Even when shooting digital video, her images show the sensitivity and language of a filmmaker.

Her pictures often have a dreamy quality (“Mercury Moon” and “Stars of the Lid”) that seem to be influenced by early science fiction films, when there still was a hallucinatory quality to science fiction. When using object animation, the artist uses simple materials, which she transforms into glossy, fluorescent and radiant worlds. In opposition to this world of pure imagination which Collmer creates in some of her films, or maybe as a compliment, there appears another strand of video work concerned with place, connection, and belonging. The motifs of a small house, rooms or surfaces of the city seem to have autobiographic references, with the larger connotation of dwelling as a metaphor for (human) being. “Head Room” (2011) starts with a quote of Marcel Proust about the memory of his limbs in rooms he was sleeping in before. Subsequently in the film, the artist is drawing animations according to oral memories of place by members of her own family.

³Conquering Place² (2018) is a short essay about American-German interrelations during the time of the Cold War and German division when not only American military personal but their families were based in Germany. The video, which is made with found footage from the last century and recent photographs of abandoned or reused army homes, creates a ³dream capsule marking the end of this era.² With her latest film ³Too Big To See² (2019) Kim Collmer brings together the dream-like qualities of her earlier animations with found footage, and her own footage. And her futuristic vision of a world at large meets a vision of (ecological) conscience, that still needs to find fulfillment.

Kim Collmer will present her work personally and join us for Q&A.
Curated by Klaus W. Eisenlohr