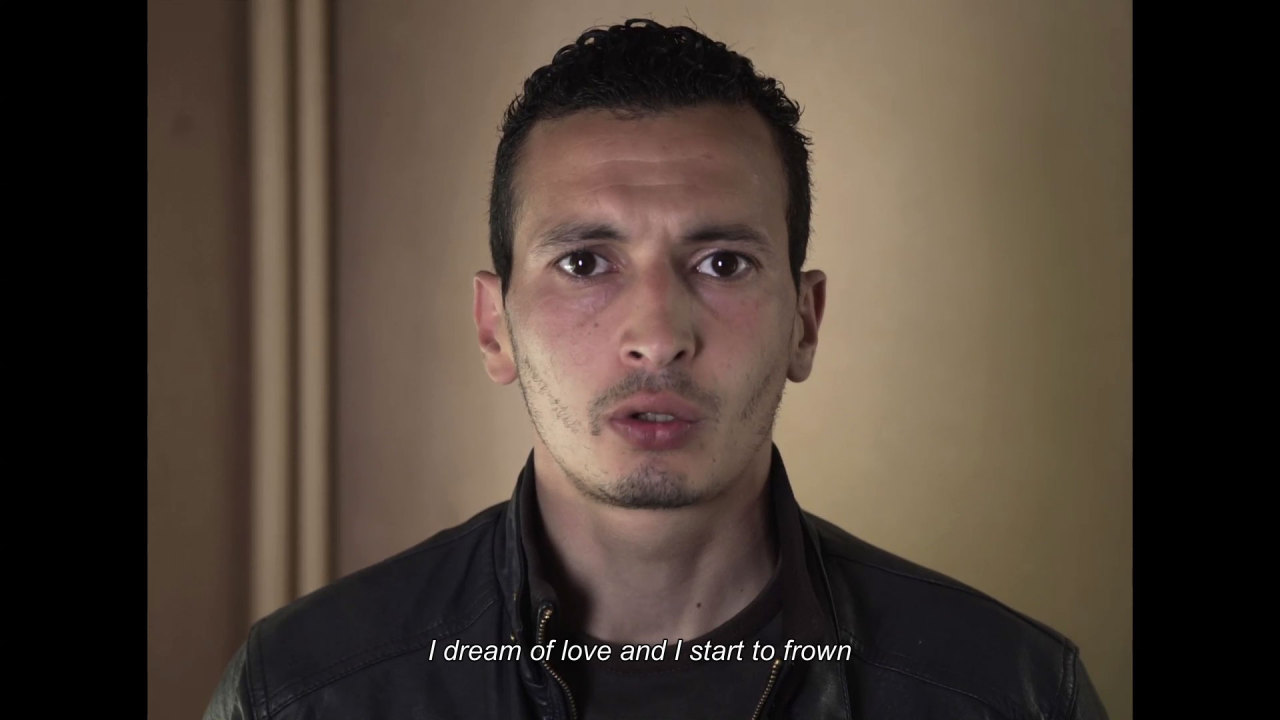 Jean-Gabriel Périot FR The Day Has Conquered The Night 28:00 2013
They dream that they can’t move, that nobody hears them scream, that the walls move in and there’s no more air to breathe. They dream of a woman’s body with all its curves and secrets. They dream in words, songs or rap music.

The framing is as simple as possible, aiming for maximum focus; the voice-over is matter-of-fact and unemotional, completely independent. They, whose names, origins, crimes we never learn, look directly into the camera. They interact with us, the audience who are just as anonymous, talking about their most intimate fears and desires. But: they are inside and we are outside. They hope for a better future and we wonder what happened in their past. This creates a game of illusions in which director Jean-Gabriel Périot gradually intervenes more and more to release it from its rigour and make the dreams dance.

Award-winning French director Jean-Gabriel Périot, a specialist in highly original short documentaries, puts questions to eight unwilling inmates of an Orléans prison. They appear on camera in precisely placed frontal shots and confide their wildest dreams and most oppressive nightmares, allowing us to delve deep into minds altered by a life behind bars. The well-planned shots have their own rhythm and the music faithfully corresponds to the mood of the individual dreams, whose seeming absurdity aptly reflects the grueling mundanity of prison life.

pictured: Jean-Gabriel Périot  The Day Has Conquered The Night  2013