WOW… AND HOW! FESTIWELT, GARDEN OF EARTHLY DELIGHTS

What pleasure can’t you service tonight? First with a four-pack of filmmakers in person with their fine flicks in tow. From Iran, Ali Asgari; from the USA, Roger Deutsch, from the Netherlands, Irina Birger… and native daughter Dagie Brundert rounds up the announced arrivals for the film block DL Selection III, which promises the open your eyes wide and keep them that way. Plenty of premieres here too, three German and two European. The indulgence gets underway at 19:00 (7:00 pm)… and opens up wide at 21:00 (9:00 pm), when the Big Bang goes from theory to fact and the nothing short of fab FESTIWELT PARTY gets swinging. A staggering list of filmfests come together and get loose and funky, with live kicks coming at you from the soul songstress Lili Sommerfeld and heavy chanson dynamo Shirley Holmes, plus spinning disc sets from DJs ALTERnEGrO (House), Foxy Boxer (Indie, Electro), Youngbois (Italo Disco) and DJ Just Aprés (Deep House, Deep Feeling), and more you can’t do without. Scintillatingly, sinfully cinelicious… you’ll want to be there to lap it up, every last drop. Open end, but of course! Make sure you make your way over! 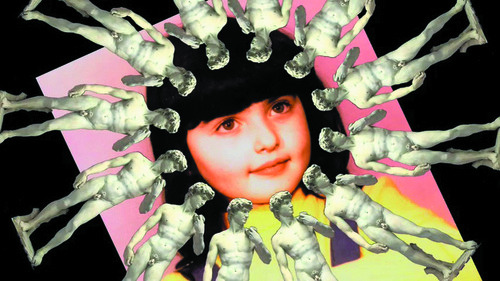