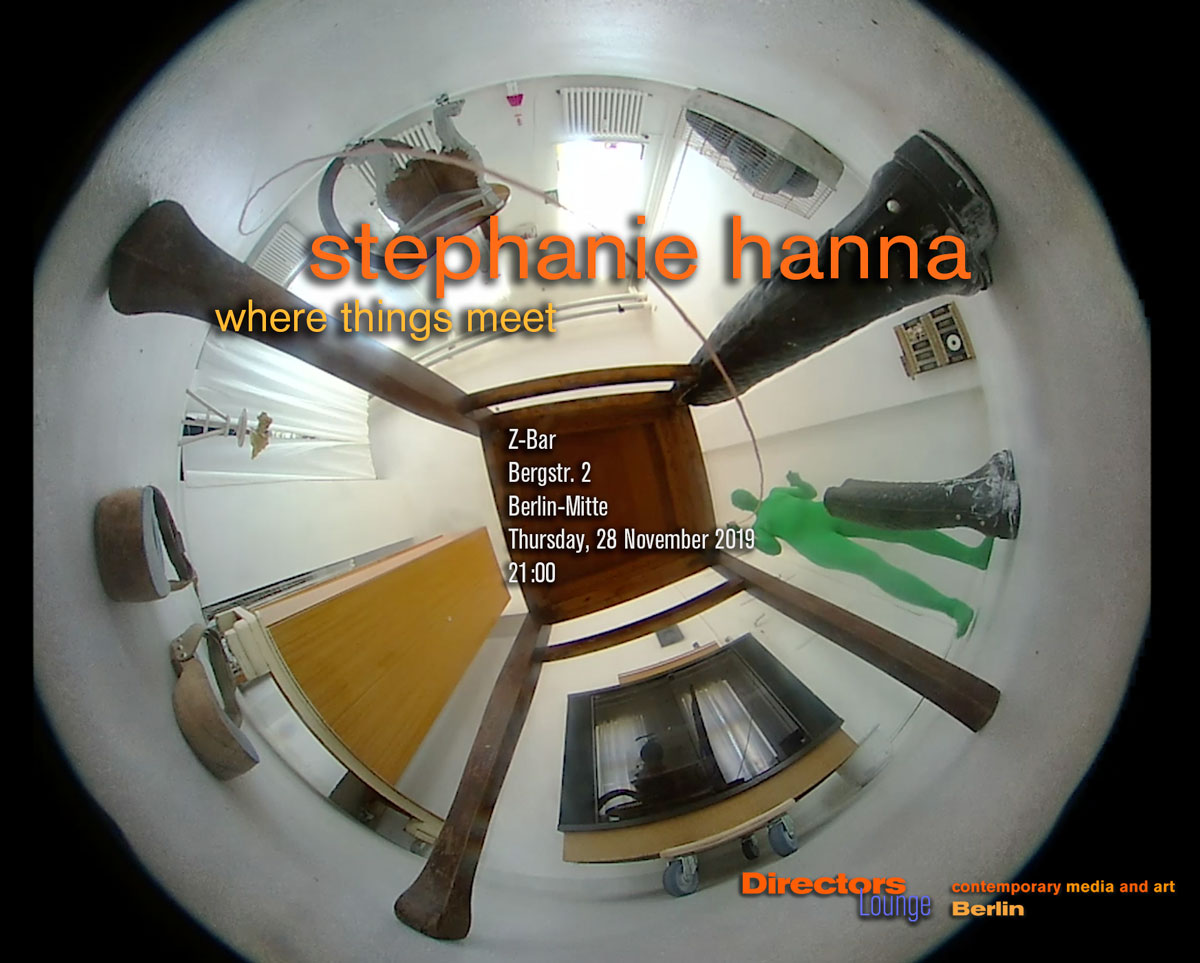 Stephanie Hanna conceives her videos in a process of combining performances, texts, video and audio recordings. Her works often incorporate collaborations with other artists, viewers or passers-by. The Berlin-born artist returned to her hometown after receiving a BA in stage design in Utrecht. Back in Berlin, she also received a Master in “Art in Context” at UdK.

Video images of performances, with an often documentary character, are being digitally reworked and thus condensed; and more audio tracks and camera views added. The are being transformed into independent art works without concealing their originally open process. The performative constellation of her concept thus becomes almost tangible. Her videos turn into short film essays.

Changing dispositions of plastic objects in a shop window, used as an independent gallery space, are being recorded. Then, they become trigger for video-performances directed to the camera. (“Marktforschung” and “Castelo de Plastico”). The videos also become collaborations in an open process. Whereas the editing turns the procedure further another step. In another work, based on a studio performance with objects, and recorded over several days, the artist works on her own, performing and handling the camera. However, the process continues with audio-recordings of two personae of herself, German and English, and of audiences watching the piece. In the finished piece (“what matters” – work in progress) all protagonists, performer and voices seem to be directly interacting, with diegetic presence.

Another course in Stephanie Hanna’s work are video works based on text. In some, the artist literally reads a text, while the picture gives an associative interpretation. The finished piece, however, is more complex than it first seems. Different motivations to read change the intonation, for example Susan Sontag or Robert Musil; editing of both voice and video recording also are result of a fluid process. Other pieces also encompass field recordings (“Occupy Zizek”) or first-person action camera (“preparations for a depowerment manifesto” 2017).

The short video films are condensed results of an open art process based on collaborations and interactions with others. In an inspiring way, Stephanie Hanna thus challenges traditional ideas of art or video-making. On the occasion of the screening, the artist will perform another part of “what matters” life together with the audience. And she will be present for a Q&A after the screening.