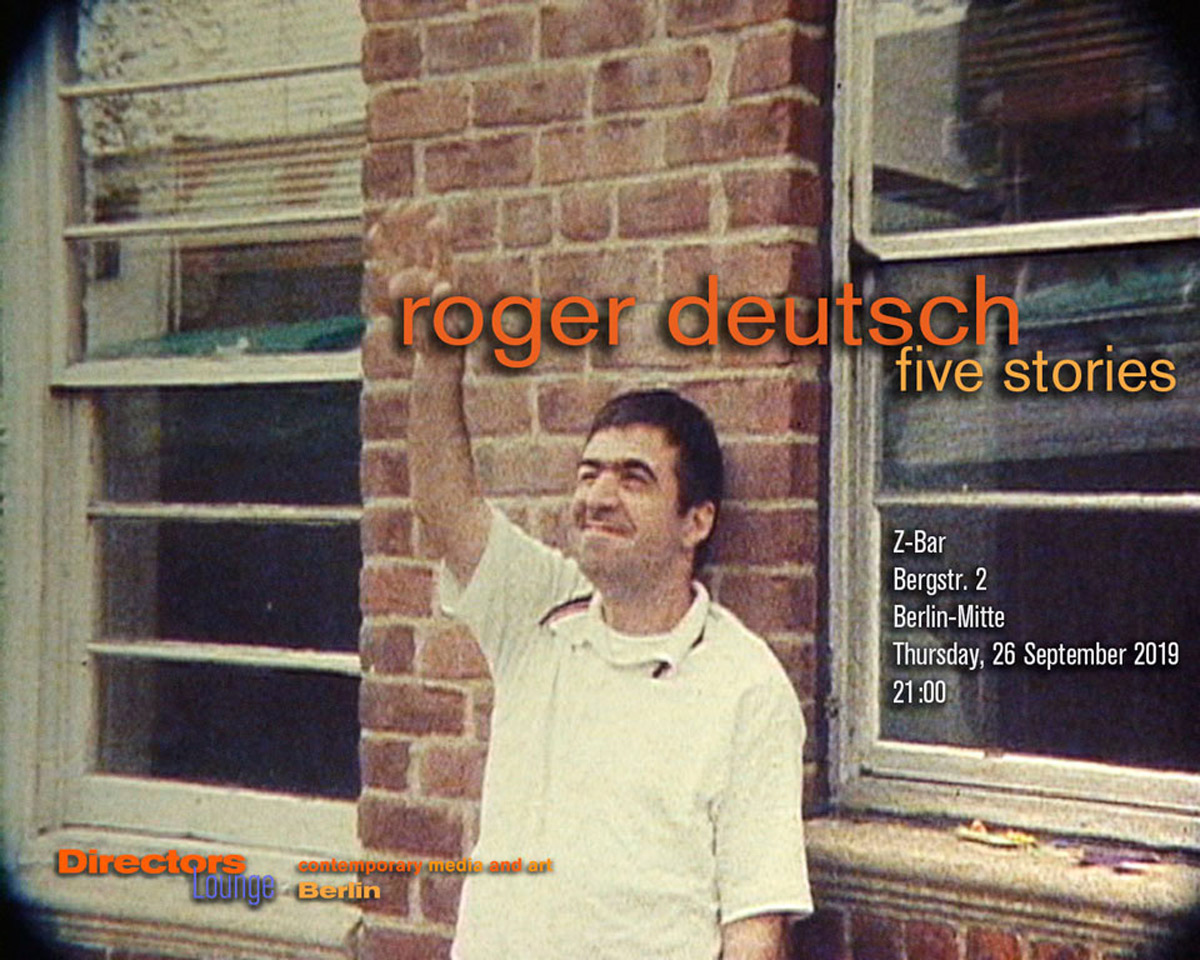 A feature from 5 of his short films. 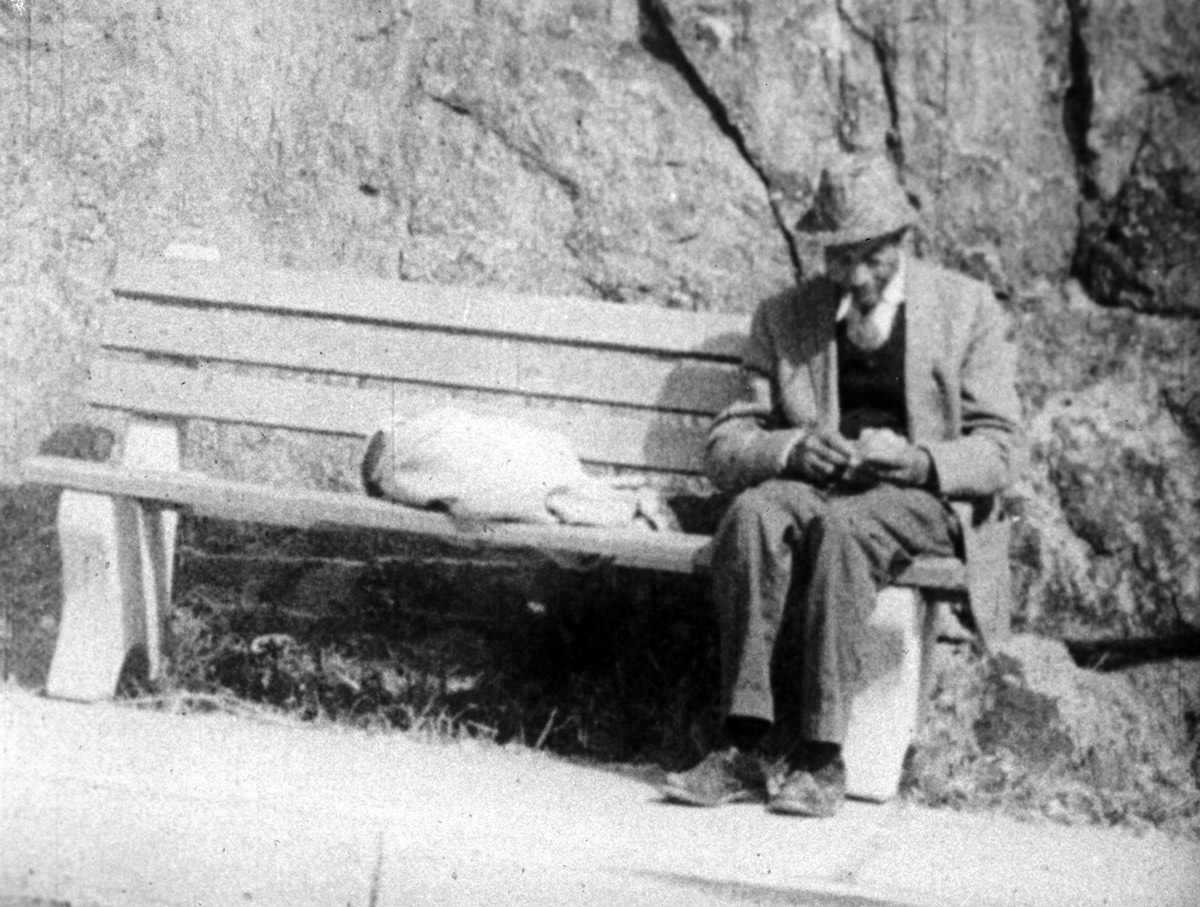 Roger Deutsch has created a feature from 5 of his short films.
Five stories is a collection of very intimate stories, told to the camera: about people he met and about himself.
The artist’s films are a way of story-telling about the daily life of simple people. About the personal encounter between filmmaker and protagonists. A mixture between documentary and story telling similar to the way blues songs tell stories about daily life.
His stories, shot with 16mm film and often narrated with his own voice, have a musical flow, which is connecting the films of very different times of his life.
His is interest is in the dignity of simple people. Making them special, make the story of their life a special story. 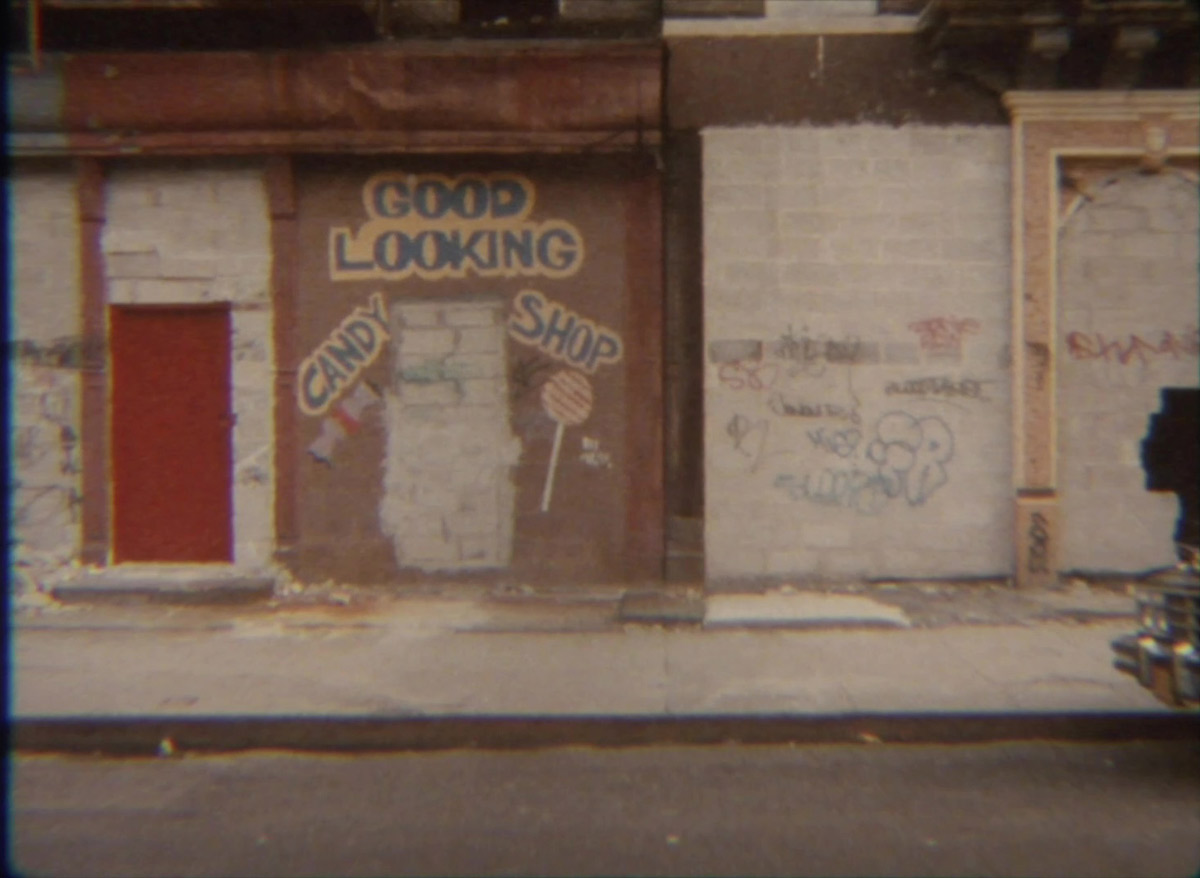 In one of the shorts, he tells about him having been a teacher of disabled adults. He started a film about one of his groups before he left. He was working for several years on this film, meeting them.
One man of the group starts to interact more directly with his filmmaking: The testimony of Mario Caniero Sr. He gives Mario the film camera from time to time, and tells the story of their interaction with an off screen voice, and sometimes with written text.
In is newest film from 2019, Roger talks to “himself” as an alter ego, trying to reason about art and life.

Š.films of Roger Deutsch, works that hover over the issues of memory and disappearance and that cannily keep nostalgia at a distance while seeming to be drowning in it. Deutsch’s illuminating picturings push close to film’s ability to reactivate the feel of that which has disappeared; but rather than lolling in the shelter of the simulative, these films subtly questions their characters’ relation to history and to their own deaths. They are portraits that remind us these characters are done, through with, no more: yet at the same time they bring them “to life.” They question cinema’s ability to formalize, to resuscitate and to re-represent the past.”
Barbara Kruger: Artforum

Roger Deutsch is an American who lives in Hungary. He entered the realm of film 40 years ago as the producer of the punk classic “Blank Generation” featuring Richard Hell and the Voidoids. He´s become a regular at many Directors Lounge screenings.

The Five Stories screening is your chance to get a comprehensive impression of his work and to meet the charismatic filmmaker in person.

All images taken from Five Stories