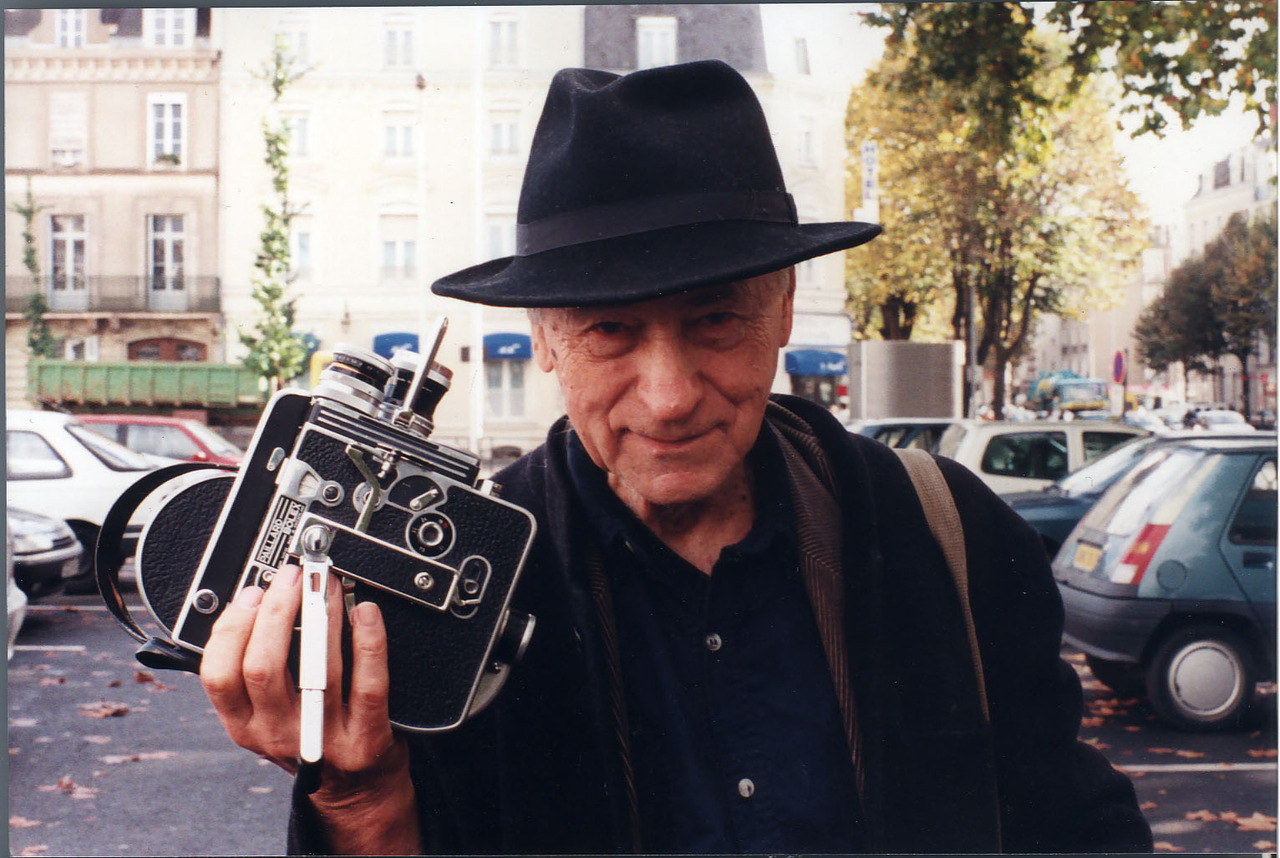 I do not know why I make films. It’s an obsession

Interview with Jonas Mekas , whose “From Lucca” (2009) we screened in February as part of Hai Scoperto L’America!, by our good friends from  Dotfest

But why diaristic? It stands so on the edge of becoming uninteresting and you, more or less, let the viewer into your life. So it’s a tricky task to make such film good. Were not you afraid that no one will watch these films?
Any film is in danger of being not interesting. And, as a fact, most of them are!
On the other hand, the  term “interesting” is totally meaningless, because what is interesting to John is not interesting to Peter. And Sergei finds  both, Peter and John tastes boring, he is interested in something else. So for whom should I make my films, for  Peter, Paul or Sergei?
Not having any answer to that, I make them for myself and my friends. I never think about the audience (Paul, Peter, Sergei, Magda, etc etc).

But what if friends tell you that they did not like it? Did that ever happen to any of your works?
Do you watch “normal” films (by “normal” I mean non-experimental)?
First, I am NOT an experimental film-maker. I do not experiment. I simply make films. No good film-maker experiments. And, yes, I watch all kinds of films, cinema is a big tree with many big and small branches, and some small brances are sometimes more tasteful, like some berries are. New big “improved” tomatoes are tasteless, when you compare them with small, natural tomatoes that you can still find in some Italian villages. As for my friends not liking my films,  actually, they all like my films…. But when occasionally I show my movies to a larger audience, there are some people who do not like some parts,  so I appologize to them ….I find that very normal, it would be abnormal otherwise.

OK, let’s no more “experimental film-maker” in this interview.
You’ve mentioned some names in the previous answer and I can’t resist to ask a question that you’ve been asked too many times:
Film-maker(s) who influenced you most? Any film or films you would suggest to watch?
I am influenced by everything around me. By all the books I have read. By all the films I’ve seen. By all the music I’ve heard. It all sinks into me and affects everything I do,  everything that I am. We are no islands. I give credit to all the poets, all the scientists, all the saints who lived before me: they made me what I am. But there have been poets, film-makers whose work was  or is close to what I am doing, so I feel solidarity with them. Not because they are influencing me, or I am influencing them: it’s only a question of solidarity. I say, ah, look, he is is doing something like what I am trying to do, and it works! So I must be on the right track, I will keep staying on my track no matter who says what. Andre Gide once wrote a very beautiful essay on the subject of influence, you should look it up.

I will look it up!
Getting off the cinema trail a bit:
The more I read your answers the more I want to ask about poetry. I know you are a poet. Do you write on both English and Lithuanian (or any other language)? Is there any difference to you in writing poetry or shooting films? Or is it all just making art?
First, I do NOT make art…
I film. I videotape. Now mostly videotape. Result: moving images.
When I write poetry, I WRITE.  Result: a series of words.
HUGE difference….
What you can do with words, you can not do with images…
If we could do with words what we do with images, cinema would have never been invented, there would be no need.
Which means, we  deal with two different realities, with two  different areas of human experience.
Sometimes I feel like singing, so I sing.
Sometimes I feel like dancng, so I dance.
What you can do with dancing, you can not with singing…
Sometimes I feel like writing, so I write.
Sometimes I feel like filming, so I film.

Another thing I wanted to touch:
We can all more or less understand why Anthology was created. But the peculiar thing is that it was founded not by an institution, film maniacs or preservation psychos, but by active filmmakers? Don’t you think such things can distract from your own art? Or you become a collector?
Anthology Film Archives WAS created by film maniacs. I am the maniac of cinema, I wrote that once in the Village Voice, in my Movie Journal column! And nothing can distract a maniac, a crazy, one who is posessed by cinema! We are film maniacs at Anthology! We are not collectors, not historians, we are maniacs. Normal people wouldn’t work with minimal, or even without salaries, day and night! And nothing can distract me from my film–making because for me, as for any film-maker, to film or not to film is not a choice: WE MUST FILM! All my organizational work, running the Cinematheque, the Film-Makers Cooperative, writing for the Village Voice, editing Film Culture magazine, and then running Anthology etc, etc, —  list is endless– nothing could distract me from my poetry or my film-making!! And it never will!
I adition to that, I like everything I do!!! That includes this conversation. You see, I am crazy!

I bet you are! How much time do you sleep a day?
I am an irregular sleeper. It depends  in what I get involved… In general, I am a night worker. I do my best work when the City is sleeping.  But I need my five hours of sleep. I try to get seven when I can.

Rather a lot of things you manage to do in 19-17 hours of non-sleeping!
And here goes the last question:
How do you feel about the internet and the films on the internet? Your experience with your own films on the net? Do you think it’s the new way of distribution?
Here I will only say that I have embraced internet some five years ago as the new method of disseminating my work. There is never a good way back, in technologies. I think the internet is here to stay, no matter what problems are still there to deal with. And it eliminates all the stupid commercial babble of film distributors. I can easily make my  work available on the internet and within minutes it’s seen by my friends all over the world.. It’s amazing and it’s beautiful!
I will close here, I have to run.
It was good to converse with you.
We have beautiful blue skies here in Brooklyn, New York, hope you have too!

Check out Jonas’ brand new website to discover more about him and his work: www.jonasmekasfilms.com