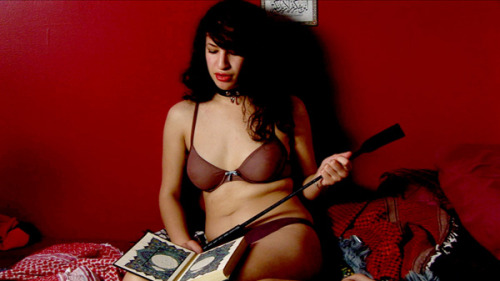 Profane is a feature length motion picture about a young Muslim Pro Domme in the midst of a spiritual crisis. It explores the idea of submission from a religious,psychological and sexual perspective. It is also a horror film about possession by a jinn. Jinn are the Islamic equivalent of demons. According to the Quran, Allah (God) created humans from clay, angels from light and jinn from smokeless fire. They are equally good and evil, and it is said that each of us has one of our own.
Profane is an inverted exorcism. The main character, Muna, has lost her jinn and is trying to bring it back into herself in order to feel whole again. She also struggles to understand the culture and religion from which she has been alienated. In the meantime, she journeys through a maze of indulgence, excess, and altered reality to find that her true self has been whispering to her all along.