Matador takes an extreme and experimental approach to a subject so dear to cinema – voyeurism – whilst extending it to a wider context.
The film drives a parallel between pornography and bullfighting in a disjointed narrative reminiscent of dreams. As we watch a bullfighter seductively working the stage in a mixture of dance and sport, we are brought to a parallel underground world, where four women watch a couple having sex. An analogy is created between the spectacles of pornography and bullfighting, raising questions on the audience that is captivated by the entertainment being provided.
The sense of ceremony is widespread, as a nod to humanity’s need to assert themselves as intelligent, thinking things. The film, however, searches for something that goes beyond external exuberance to explore that which we all share: our animalistic instincts. Humans are, after all, an integrant part of the animal kingdom. 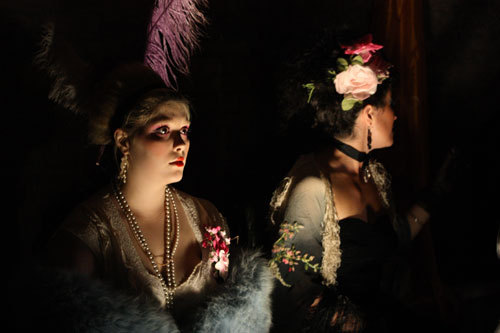 Maurizio Von Trapp was born in Brazil in 1987. From Chilean and Italian descent, he now lives in the UK. In 2011, he completed his Film and TV BA (Hons) studies at the University of the Arts London, having worked in a number of different sectors of the UK film industry throughout his years as a student. His first short film, 1 or 2 Things I Don’t Know About Him, was selected for exhibition at the 2008 edition of the Raindance Film Festival in London. He is currently developing a number of projects, varying from music videos to video installations to short films.

MATADOR will be shown in World Premiere as part of the The Opening Mix II, Thurs 9 10:30pm, in attendance of Maurizio von Trapp