Irma is an intimate musical portrait of Irma Gonzalez, the former world champion of women’s professional wrestling. Filmed in Ciudad Nezahualcóyotl – a notorious district of Mexico City – Irma contradicts everything we have come to expect from stories reported from Mexico. Featuring music written and performed by Ms. Gonzalez, Irma’s story surges with love and deceit, masculine strength, feminine charms, and an extraordinary sense of humor.
“A portrait built like a Russian matryoshka: surprise after surprise, revelation after revelation.” – Carlos Ramos / IndieLisboa – 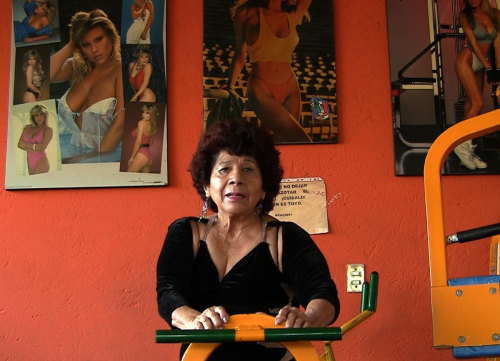 Charles Fairbanks is a wrestler and filmmaker from rural Nebraska, who studied Art and The History of Science at Stanford. His recent work focuses on pro wrestling in Mexico, where the artist fought as the One-Eyed Cat with a camera built into his mask. In 2010 Werner Herzog selected him to take part in the first Rogue Film School, and in 2011 Anthology Film Archives hosted Tender Muscles, a retrospective of Fairbanks’ five short films. The artist continues wrestling and filming toward his first feature.