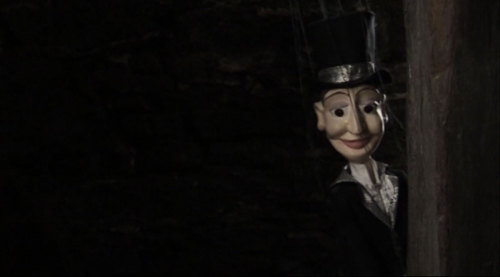 A loose mystical portrayal of the Biblical story: Jákob’s Ladder,
inspired by Masonic lore and Prague mystic symbols. This is a short
film, told with marionettes and with the mysticism of Prague set
inside a 16th century belfry. The mystic traditions are explored
through nonverbal narration, cut apart with montage sequences and is
enhanced by the ethereal powerful music of Vladimír Hirsch.
A Magician has an appointment to keep with Death. Death
reveals higher spiritual knowledge to the Magician before he embarks
on his final spiritual journey. 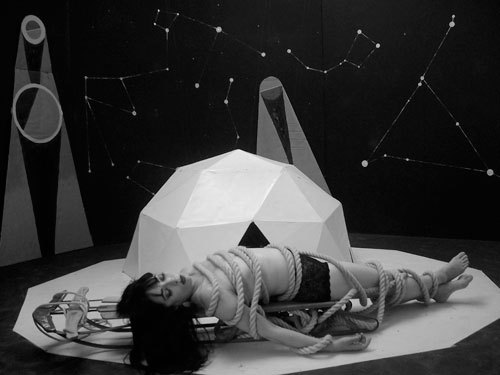 pictured: Of This, Men Shall Know Nothing by Fritz Stolberg

Based on Max Ernst’s work of the same title, “Of This, Men Shall Know Nothing!” picks up on the psycho-sexual content of the painting and explodes its inherent occult knowledge into an intuitive journey to overcome duality. This alchemist quest via the unification of the five platonic solids and their duals culminates in the androgynous fusion of the masculine and feminine aspects of the main character.